It was a beautiful day today. We boarded the bus in the morning and drove from Madrid out to Valle de Los Caidos. Some 5000 feet above sea level, the sky was bright, the air dry and crisp and we were moved by the beauty and emotion of this place. The guides gave us a passionate tour of the Basilica. We were transfered to the Monastery of El Escorial to sing at the 1:00 Mass followed by a musical offering. It was an honor to sing for them and we all were inspired by the experience.
Following this we went up the mountain to have a wonderful family style lunch. Great fun and delicious. The last item on todays agenda was a tour of the Basilica of El Escorial and the chambers of the Kings and Queens of Spain. Very Special.

Some photos of the day: 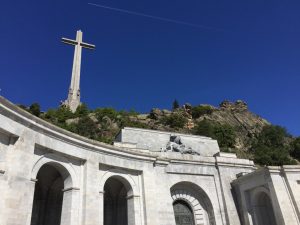 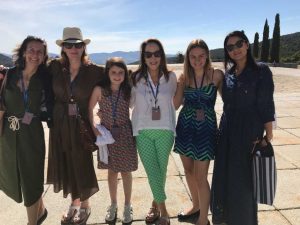 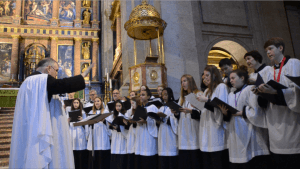 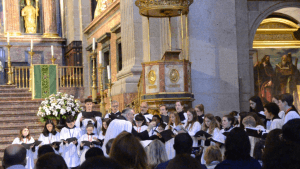 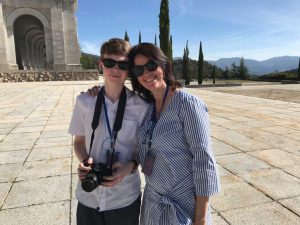 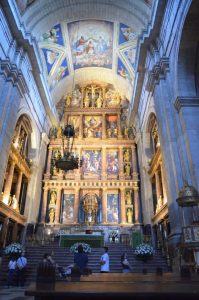