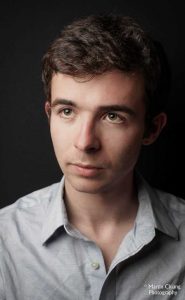 Join us as Grace Church welcomes organist
John Walthausen, as guest artist for Bach at Noon on Tuesday 8 January at 12:20 p.m.

Born in 1991 in New York, John began his musical studies with the piano at the age of eleven and
discovered the organ several years later. He earned his Bachelor’s Degree from Oberlin College.
In 2011, he gained admission to the Conservatoire National Superieur de Paris, where he studied
the organ with Olivier Latry and Michel Bouvard, earning a Master’s with highest honors
(“mention tres bien”) in June 2013. In 2015, he received a Master’s in historical keyboards from
the Schola Cantorum of Basel, Switzerland, where he studied harpsichord with Jörg-Andreas
Bötticher and organ with Lorenzo Ghielmi.

An experienced performer, he has played recitals throughout Europe and the United States in
cities including Paris, Chartres, Poitiers, Milan, Innsbruck, Basel, New York, Boston, Cleveland,
Albany, and Washington D.C. He has additionally presented recitals at the Oberlin Messiaen
Festival, the Pacific Baroque Festival, Paris-des-Orgues, the Toul Bach Festival, and
Internationale Meisterorganisten in Innsbruck.

From 2015 to 2016, John served as Organist in
Residence at Sapporo Concert Hall in Hokkaido, Japan. He currently serves as Organist and
Choirmaster at St. Andrew’s Episcopal Church in Glenmoore, Pennsylvania and appears regularly
as a continuo player in ensembles across the East Coast. 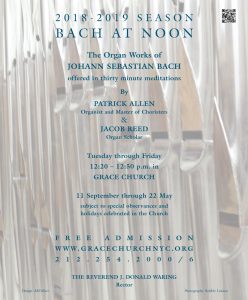